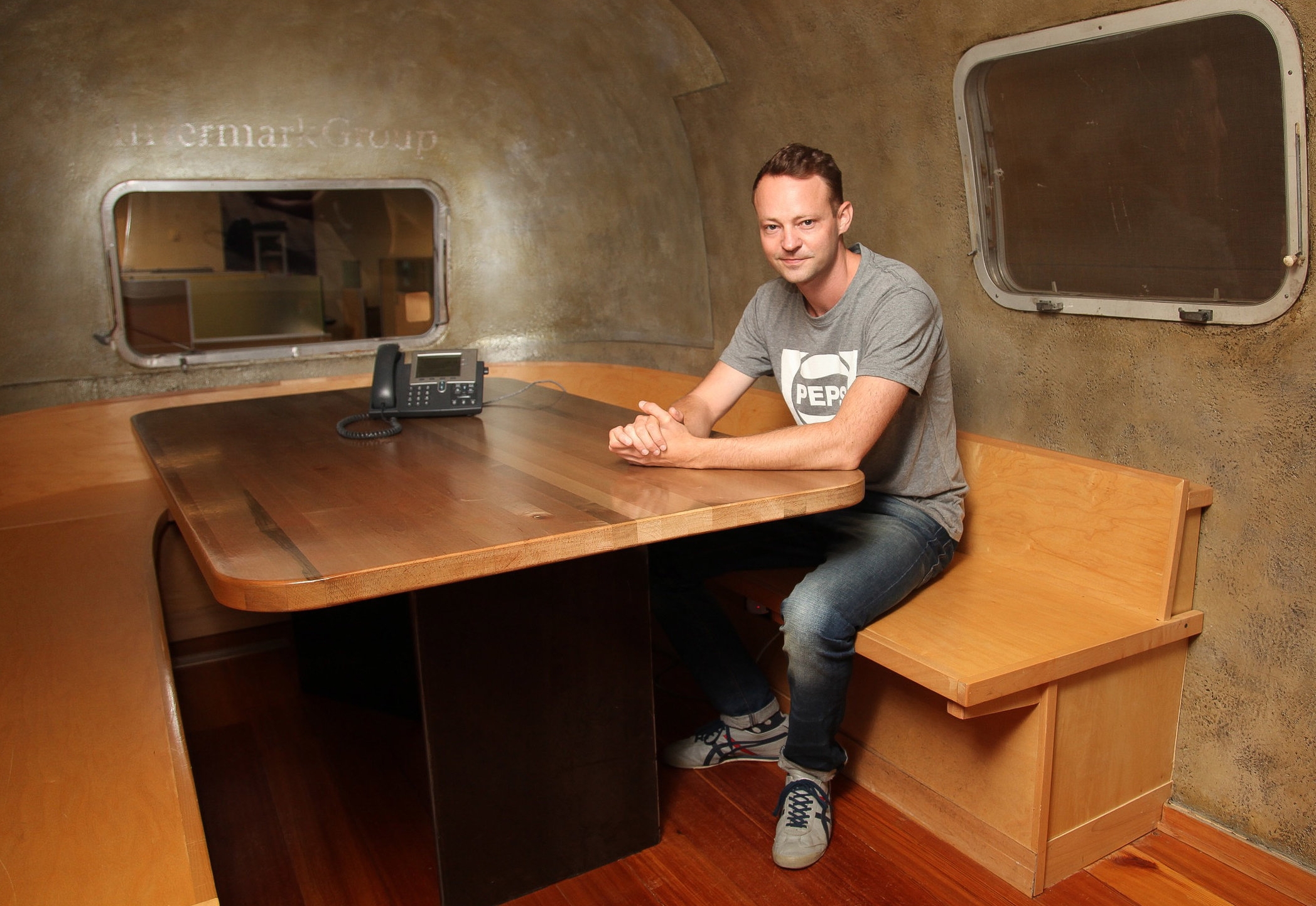 As a former actor and stand-up comedian, Joel Lugar brings contagious enthusiasm, boundless creativity and quick wit to the Intermark team. As a senior copywriter, Joel transforms his creative ideas into effective advertising campaigns. To learn more about Joel and his role at Intermark Group, read his employee spotlight.

Q: What are your responsibilities?

A: My Art Director Lauren and I conceptualize advertising campaigns for various clients, and then create the elements of those campaigns, including commercials, digital content, print ads, radio ads, experiential stuff and probably some other things I’m forgetting. She’s in charge of how things look, and I’m in charge of the writing.

Q: Give us a little background on how you got into the industry?

A: I’m a former actor and stand-up comedian, and I was mostly working in production as a Hollywood small-shot when the recession hit. I felt I had more to offer the world than getting Andy Dick his green tea every day, so I went back to school at the Creative Circus and learned to be a copywriter.

Q: What brought you to Intermark and how did you get started in your current position?

A: Keith Otter, my executive creative director, and Lauren are the main reasons I’m here. I’ve learned that the most important thing in this industry is liking and respecting the people you work with. And hopefully they like me, too.

Q: What’s your favorite part about what you do?

A: Nothing beats production. Ninety-nine percent of what I write ends up in the trash can, so when an idea finally becomes a reality … well, that’s just a really good feeling.

Q: What’s the most challenging part of your job?

A: I’d like to say searching for stock music is the most challenging, but it’s probably the daily battle against the demons of self-doubt.

Q: How has technology changed since you’ve been in the industry?

A: Tech is always advancing, but storytelling will always be storytelling. I like finding new ways to tell a story, so each new social medium or technology means another opportunity to do that. But, as you get older, you have to work to stay on top of these things or you’ll quickly get left behind. Like lately, I’ve been really into this thing called Facebooking. I feel like it’s gonna be huge.

Q: Has your department added any new offerings/services recently?

A: A new technology we’ve been using is 360° video and VR. Each year, advertising gets more immersive and interactive. Eventually, we’ll be manipulating your dreams in order to sell you tacos!

Q: Are you seeing any new trends in the industry?

A: Apparently, there are people out there calling themselves “digital copywriters” now. As far as I can tell, it’s just like regular copywriting, but you write using only 1s and 0s.

Q: Do you have a favorite project that you’ve worked on in the past?

A: My favorite project for Intermark has been our Alabama Tourism campaign. The writing was out of my wheelhouse, considering it’s not comedy based, and I really enjoyed that challenge. From my past work, the Chevy “Nick” campaign was a blast. This was Chevy’s holiday campaign from a few years back, where everyone thinks that one of the Chevy salesmen is actually Santa Claus, a thought he’s completely oblivious to.

A: There’s a sad quote from someone I can’t remember. It might have been a blues musician … or maybe it was John Steinbeck: “Everyone has loved someone more than they have been loved.” Now, of course, that’s not technically true, but it is a beautiful analysis of the human condition.

A: I do love a good karaoke bar.

A: I have a Pitbull mix named Biscuit. She has one goal in life: to get her tongue inside your mouth.

Q: What’s something that most people would be surprised to learn about you?

A: I auditioned for the role of Colossus in X-Men 2.