The Leukemia & Lymphoma Society’s (LLS) Alabama Chapter celebrated its 2016 Light the Night Walk on Nov. 3, 2016, at Raillroad Park in downtown Birmingham. Thousands of people throughout Birmingham gathered together to help LLS in their fight against blood cancers. The event’s goal was to raise $500,000, and it came very close at an impressive $462,000 with donations still pouring in after the event’s close.

LLS is the world’s largest voluntary health agency dedicated to finding cures for leukemia, lymphoma, myeloma and other blood cancers. Through its efforts it has invested more than $1 billion in cutting-edge research to advance therapies. Thanks to research, survival rates for patients with many blood cancers have doubled, tripled and even quadrupled since the early 1960s.

Intermark Group’s CEO, Jake McKenzie, chaired this year’s event. “I decided to join the LLS team as chair because I wanted to be part of something larger than myself, something that would make a big difference not just to Birmingham, but to everyone,” he said.

Intermark Group served as a 2016 Gold Sponsor and formed a corporate fundraising team that raised over $17,000. Participants carried illuminated lanterns – white for survivors, red for supporters and gold in memory of loved ones lost to cancer. The walk ended with a beautiful fireworks display that lit the Birmingham skyline.

“It was truly amazing to see so many people with the mission of curing blood cancers in mind! There is so much good in the world, and it was so uplifting to get to see that reflected in [everyone’s] faces!” said Kate Siqueira, campaign assistant for Light the Night.

Should you wish to donate to LLS, please visit Intermark Group’s fundraising page. Thank you for bringing us all closer to living in a world without blood cancers! 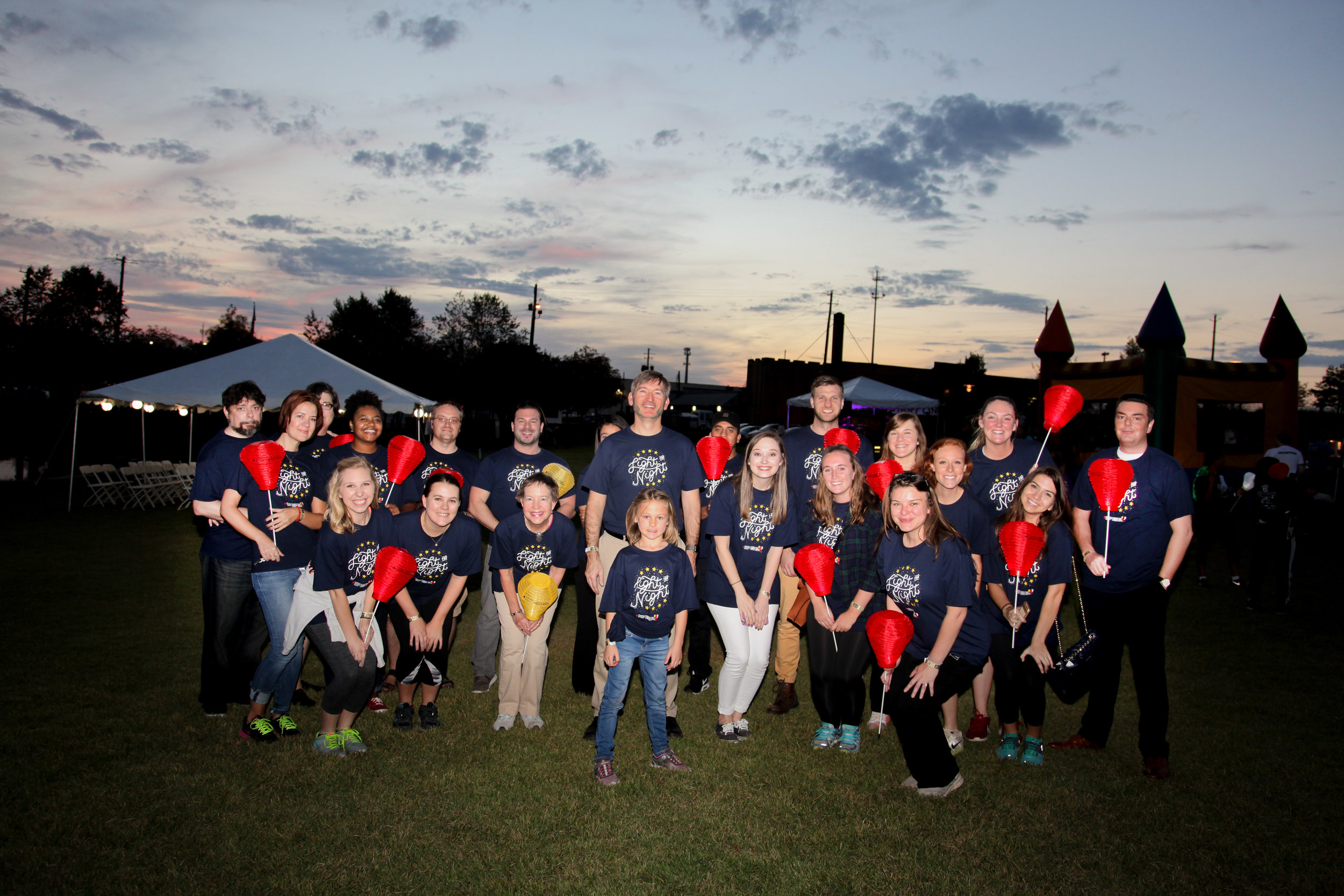