Tips for Winning Your Office Pool this March

You know that feeling you got on Christmas Morning when you were a kid? The excitement, the anticipation, the elation. That’s what March Madness was like for me growing up. We would watch selection Sunday, print the brackets out as soon as the field was finalized and then start filling out our picks. There was just something special about sitting down and mulling over every game and possible outcome – trying to predict the upsets, the internal dilemma of picking your favorite teams vs picking the teams you actually thought were going to win, etc. There’s an art to it. But it’s also chaos. That’s what makes it so wonderful. I could sit here and write a lengthy, heartfelt love letter to the game of basketball, but I don’t have the time, energy or emotional capacity for that right now. 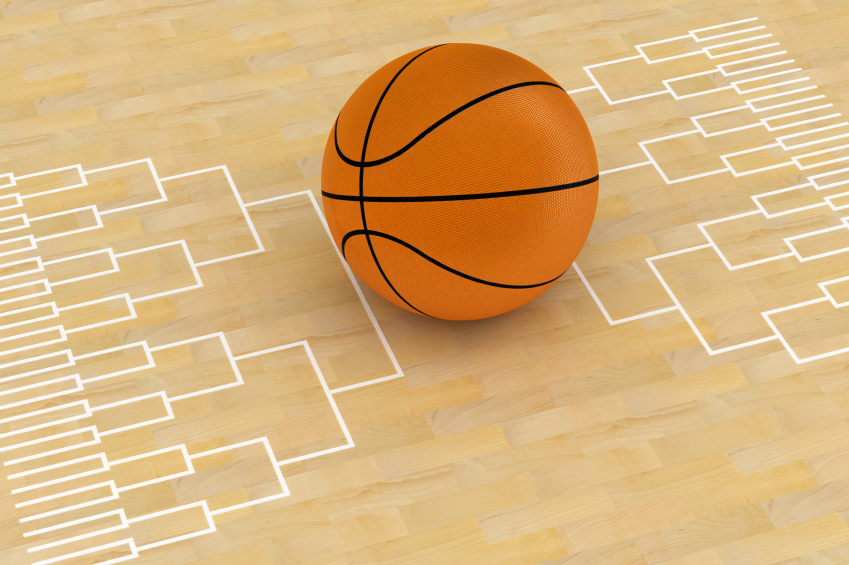 Instead, since our Intermark office pool is getting bigger and bigger, I’ll just offer up a few unscientific methods for filling out your brackets this year. But keep in mind, there’s no surefire way to do so, and one person’s reasoning for picking one team over another is just as sound as the next person’s. There’s a reason it’s called March Madness and not March Monotony. Good luck to all of my fellow Intermarkers on their brackets, and good luck to all the other office workers out there. May the luckiest employee win. Now, here are some ways to help you choose a winner this March:

Pick The Team With The Best Record – Pretty self explanatory. When trying to decide who to move on to the next round, just choose the team with the most wins and fewest losses. This way of picking is actually a fairly logical, though not foolproof, means of choosing a winner. When two teams have an identical record, just defer to one of these other methods.

Mascot Duel – One of the more unconventional ways to choose, this requires you to pit the two mascots off in an imaginary duel inside your head and pick whichever one you think would win. While this method is rather subjective and illogical, it can be quite fun and sometimes even effective. Keep in mind: Gun beats sword. Also, a Wildcat may look tough, but it’s really little more than a feral street cat. They do pose a pretty deadly threat to Cardinals, Blue Jays and Ducks though.

Make Picks Based On Your Life Experiences – You have fond memories of your family vacationing in Oregon when you were a kid? Put the Ducks in the Final Four. Your treasonous ex-girlfriend had a cat? Sorry feline mascots, you’re going down in the first round. Or perhaps you had a traumatic experience with a stray dog in Junior High, so all teams with canine mascots are getting knocked out early. Everyone’s life experiences are different, so let your bracket reflect that unique individuality of yours.

Flip A Coin – Perhaps the most boring, luck-dependent way to choose the winners. Assign each team a side of the coin, let it fly and pick the team who is associated with the side of the coin that is facing up. Simple, straightforward, questionably effective.

Become A Bracketologist – Bracketology is a fun word that the sports world made up for the study of the NCAA tournament – who’s in, who’s out, who’s going to win. This requires extensive research and hours of game footage. It’s only for the most hardcore hoops fans out there. But if you really want to win that office pool, this might be your best bet. Watch ESPN, study the rankings, scour the internet, watch the game tapes, read Sports Illustrated, ask Jeeves, pray to Dick Vitale and the basketball gods, etc. It’s not practical, especially this late in the game. Maybe keep this one in mind for next year, though.

If This Were Football, What Team Would Win? – Since this is Alabama and everything revolves around football (and everything includes basketball), why not make your picks based on the strength of the teams’ football programs? Seems as logic as any other option. But teams like Gonzaga, Butler, Creighton and Villanova don’t even have football programs, so let’s hope they lose early if you use this method. This would have been a great system back in ’06 and ’07 when University of Florida’s basketball and football teams both won national championships.

Cinderella Story – When in doubt, pick the lower seed. Seems counterintuitive, doesn’t it? Tell that to every Cinderella ever. It never fails, every year there is a team that is “supposed” to get beat in the first round that ends up making it to the Sweet 16 or beyond. Oftentimes there are several. Plus, Cinderella Stories are always fun to watch. Unless you’re a fan of the team that they upset. Then it’s not so much fun. But don’t fret, it happens to everyone at some point.