What’s in the Keg for St. Patrick’s Day? 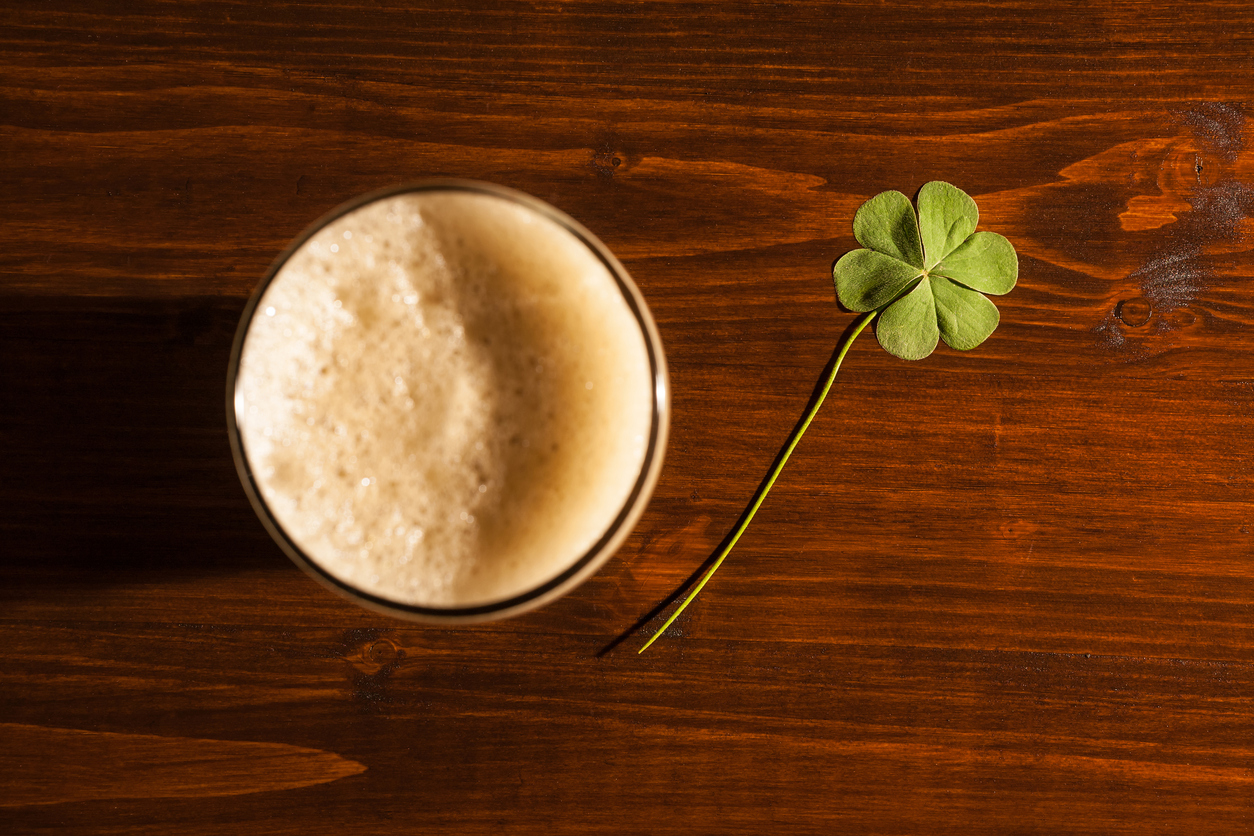 St Patrick’s Day. The joyous holiday was originally meant to commemorate Saint Patrick, the foremost patron saint of Ireland, and the arrival of Christianity in Ireland. But, as we all know, it’s evolved (devolved?) into a day to eat, drink and be merry – complete with shamrocks, parades and green beer.

So, since St. Patrick’s Day has become less and less about its origins and more and more about fun, we’re going to skip the history lesson and talk about beer. Sound good? Okay.

As an agency, we like our beer. That’s why we have a keg on hand filled with seasonally-appropriate brews, which means malty flavors in the fall and light, citrus flavors in the summer. But, with a holiday practically synonymous with beer coming up, we know that something St. Patrick’s Day-themed is about to grace our beloved kegerator. In the spirit of this time-honored tradition, here are some suggestions on how to celebrate the holiday through beer:

Guiness – An Irish Stout sounds like a suitable beer to drink on a holiday celebrating Ireland, right? We thought so too. And the most famous interpretation of Irish Stout is Guiness. It’s practically synonymous with the style, so you can never go wrong with a pint of this dark elixir.

Cheap Macrobrewery Beer – You know, the kind of beer people used to drink before the craft beer craze took hold. Some popular options in this category are Bud Light, Budweiser, Miller High Life, Miller Lite, Coors, Coors Light, PBR, Keystone Light, Busch, Busch Light, Michelob Ultra, etc. The inclusion of these beers is due to the nature of the holiday. People tend to drink more excessively for St. Patrick’s Day than they would on a normal day. These beers are more than suitable for such occasions. They’re cheaper, lighter and have lower ABV than most craft beers – so you can drink several of them throughout the day without breaking the bank or writhing around on the sidewalk in an incapacitated stupor.

Beer From A LEED-Certified Brewery – Green is the official color of St. Patrick’s Day. At least I think it is. If it isn’t, it should be recognized as such. Whether you believe in science or not, go beyond just wearing green and actually go green by drinking beer from one of the handful of LEED-Certified breweries in the country. These breweries include Sierra Nevada, New Belgium, Smuttynose, Black Star, Mother Earth, Motor Row and Brewery Vivant. While some of those breweries may not distribute in your state, your local package store is sure to have some Sierra Nevada or New Belgium for you to consciously indulge in during the holiday.

Beer Aged In Jameson Barrels – Beer is good. Jameson Irish whiskey is good. So, theoretically, beer aged in Jameson Barrels should be really good. You should put this hypothesis to the test this St. Patrick’s Day with one of these five Jameson-aged brews: Imperial Irish Ale brewed by Angel City, Trans-Atlantic Red brewed by Captain Lawrence Brewing Company, Local Legend – Jameson Edition brewed by Deep Ellum Brewing Company, The Smoothness brewed by Great Divide, Jameson Whiskey Barrel Sour brewed by Hilliard’s Beer. These might be pretty hard to find, but if you can get yours paws on some, St. Patrick’s Day seems like the perfect time to partake in the barrel-aged goodness.

Local Brew –  When in doubt, drink local. Between Avondale, Cahaba, Ghost Train, Good People, Red Hills and Trim Tab – we’ve got plenty of great options right here in Birmingham, regardless of what your favorite style of beer is. As an added bonus, Cahaba recently released their version of an Irish Stout just in time for the holiday. So now you can enjoy the taste of Ireland with a southern twist. Sláinte, ya’ll.